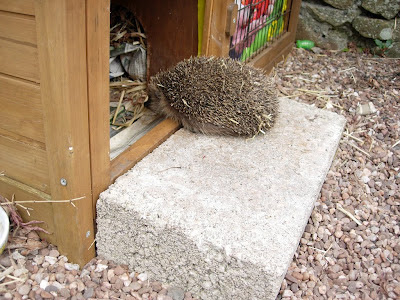 Spike checking out his new house - april 2011
A year ago we welcomed Spike the Hedgehog to live in our garden,
i thought this would be a great idea as i had wanted to get a hedgehog to eat up
all our slugs and snails, we have a walled garden and there are so many hiding places
for the slimy pests! {apparently slugs are only a tiny part of their diet}
So i got in touch with a local wildlife sanctuary and when the hedgehogs were out of hibernation,
i got a home visit to check my garden was suitable and that i had a home for the hedgehog,
we had to do a little more work to hedgehog proof the garden.
We were very excited when the day came for our hedgehog to arrive :)
It was lovely to have such close contact with a native wild animal
but i was expecting the rescue hedgehog to have some sort of disability,
something that would mean being released back into the wild would not be possible.
It turned out that Spike was a fit and healthy hog.
Ok i thought, he will be safe in our garden, he will be fed and watered,
we may even be lucky enough to see him occasionally.
This arrangement went well for a few months,
Spike would be seen occasionally,
one summer night he even came in the house without anyone knowing
and got locked in the utility overnight!
Then in September we realised we'd not seen Spike for sometime
we were still leaving out food which he wasn't eating
and it unfortunately attracted a rat *skin crawls*,
so we stopped leaving out the food and got rid of the rat problem.
After consulting with the Wildlife Sanctuary
we decided Spike was either hibernating or had died :(
I felt awful and worried Spike may have gotten stuck behind a shed or something
or bitten by the rat and died :'(
BUT
Spike wasn't dead!
He came back out of hibernation and i was so happy :D
BUT
unfortunately our new dog Max is an avid hunter
and every single night without fail he would hunt poor old Spike down :(
So we came to the decision that the territory was just not big enough for the both of them.
Luckily for us {and Spike} my Uncle and Aunt own some woodland
just the perfect place - away from roads and pesky dogs - to release a hedgehog. 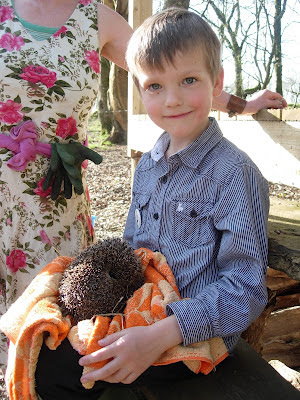 a last "cuddle" with Spike 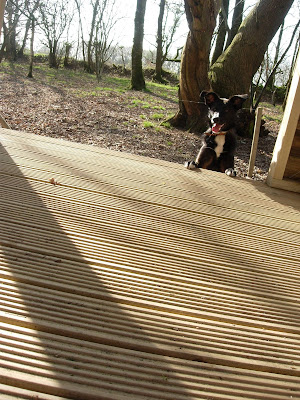 one of the reasons Spike needed a new enviroment! 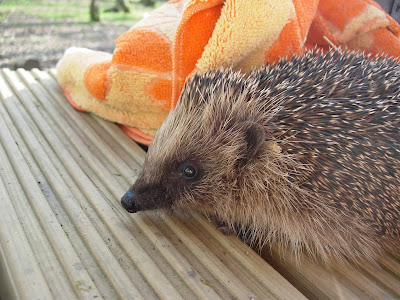 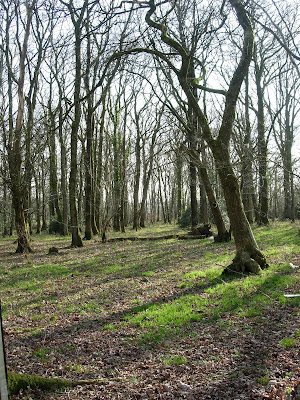 Awww, poor you! Hope Spike is very happy in his new home (it looks lovely!).

What a wonderful story! I had no idea hedgehogs could be adopted. I hope he lives a long and exciting life in the woodland!

I was so glad this had a happy ending x

I think you were very kind to let spike go, it must have been so tempting to hang on to him! I received a Versatile Bloggers Award this week and am pleased to nominate you to receive it too - have a look here for more details: http://miaoucrafts.blogspot.co.uk/2012/04/my-first-award.html

Curtains in My Tree said...

ahhhhhhhh how cute a story

my first dogs name was Spike

found you on Button Floozie