"Commotion in the Ocean"


So here is my first attempt at a fascinator!


I was approached by a Mum from school about making her a hat for a fancy dress party, she sent me a photo of a crazy sea themed fascinator and asked if i could make something similar for her. Admitting i was rather nervous to take it on having never done anything like it before we emailed a few times and met up to discuss it further.
I decided that yes i could do it and got my teeth thoroughly into the project! 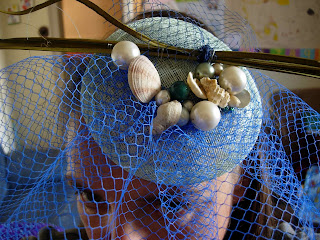 here is the start 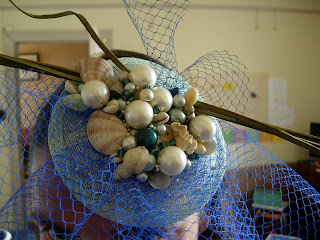 and here is the end result 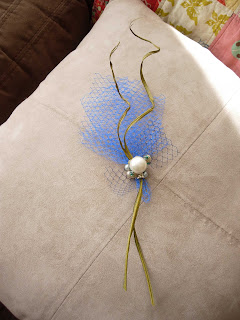 i made a little corsage to go with it too 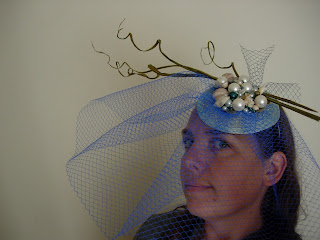 it's not easy taking photo's of yourself! 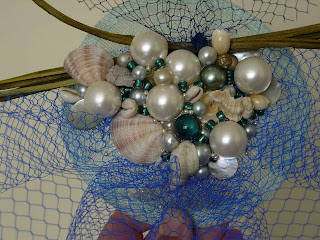 i used loads of beads and shells all stitched on individually
and some long curly dried grasses to represent seaweed,
the original photo sent to me had long grasses sticking straight up from the hat
but i decided sideways was better and less chance of getting caught up in lampshades! 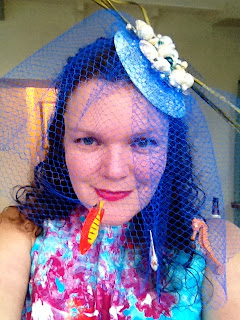 here is a photo of the party girl herself
wearing my first ever fascinator!
Louise added some fish to the veil.
I think it definitely fitted the theme
"Commotion in the Ocean"

I loved making this fascinator, so i bought a bunch of millinery supplies and already have my next order from my daughter, who is by the way 18 years old on Wednesday, now how the hell did that happen?!