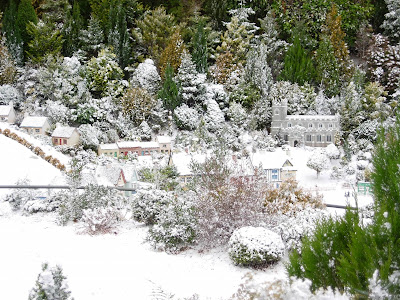 we went to Dawlish in South Devon to test out my {not quite} father-in-laws holiday let
we had a great time despite the weather - which was no where near as bad as the forcast
these first two photo's were of the model village at Babbington, my son really enjoyed it the was loads to look at including a big train layout and a room of models of film characters, there was also a 4-D theatre which was fun! There were quite a lot of the model houses still under snow from the christmas display and as soon as you walked into that part you felt freezing! 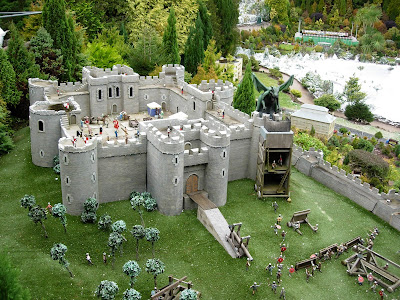 after that we went to the Riviera Center in Torquay, my sons favourite thing to do is go swimming and there is a lovely pool there with a wave machine and a huge water slide, unfortunately(perhaps!) he is just a little too young to be allowed on it but he had a great time anyway.
***
Sunday was a lovely sunny day so we went down to the beach to build some sandcastles and collect shells,
i even found some sea glass. 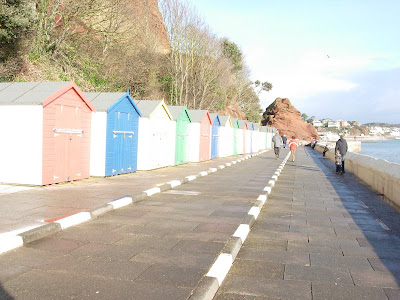 my daft dog loves to jump in the sea - even in January! 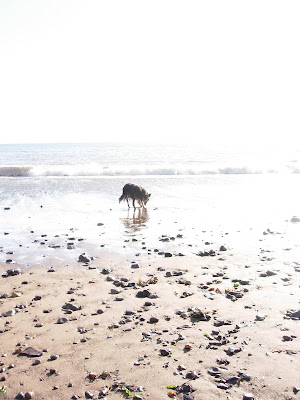 it's a really pretty beach - in fact Dawlish is lovely. 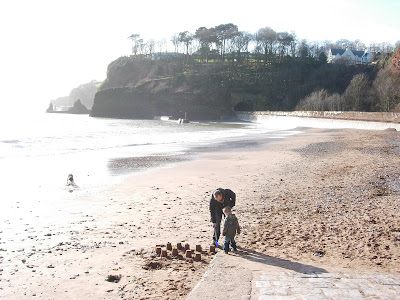 we all had fun on the beach then went back to pack and then my son came down with a temperature , he slept on the way home and was off school monday/tuesday with i guess a virus - i controlled it with nurofen and kept my fingers crossed it wasn't an ear infection.
He was NOT happy to miss school and was quite cross with me!
on wednesday he was fine again and back to school with just a bit of a snuffle.
There seems to be more nasty than usual viruses about this year. 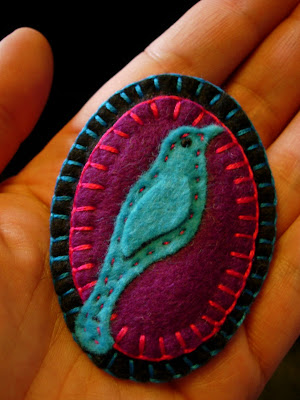 i made this new brooch about a week ago but forgot to show it off!
i really like it so i'm keeping this one but may well make one for the shop too!


***
well i'm SO addicted to making felt brooches at the moment i even took some to sew in the evenings in Dawlish too - here's a couple i finished and i also finished off another but it's TOP SECRET for a swap - i love it and can't wait to post a picture! 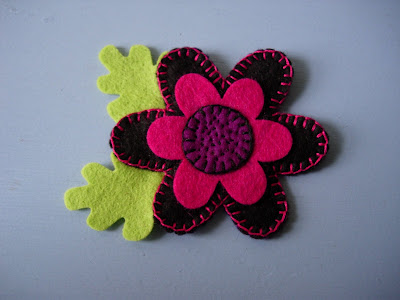 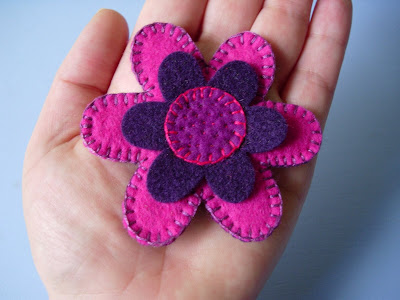 I love those brooches, your stitching is so neat! And Dawlish looks lovely - I love beaches in the winter.